For Danielle, with love

I doubt the happy start,

wrapped in a painful ending,

rending all I believed,

by the life we’d conceived.

The words have been

Sent off a collection of 4 poems this week for the CBC Literary Awards, squeezing under the wire at the last minute.  It’s a huge national competition, and I don’t have any expectation, but nothing ventured, nothing gained!   The pieces must never have been published or performed, so they’re a secret.  That was the hardest thing: having to write daily for the blog, and compose something distinct for the contest.  It’ll be months before  winners are announced, so don’t hold your breath.  I’m not! 😉  (But feel free to send some positive vibes my way!)

You wiped my eye from the tears,

Tearing yourself from the

paper poetry of your perfection,

when I can celebrate you

without you analyzing my motives

and finding me lacking.

when I can trust you

not to rip apart my offerings

with cruel and callous doubts.

when you can happily accept

tthe best I had whether or not it

was good enough for you.

but some days it seems

a lot of pain

Sometimes it is so much easier to close up the heart, when you are constantly misunderstood, rejected, and ignored by those who should love and respect you.

His blood is let

His face is wet

(What does it feel like to be the guy proposing on the big screen, when the girl says no?  Ouch.)

This poem is mostly written in trochaic dimeter- STRESS-unstress X 2.  The exceptions are the second couplet, which is trochaic trimeter, and the penultimate line which adds an unstressed beat at the beginning).

I love learning. I like researching and writing papers. I like developing programs and evaluating them. I like coming up with innovative ways of doing things. I love the satisfaction of successfully meeting a challenge.  In short, I’m a nerd.

This also means, I probably should have applied for grad school years ago. It was first suggested to me by a teaching assistant in a Women’s History course I did back about 1989. At the time, in a one income household with a toddler and baby, it was just something to sigh about and say, “Some day…”

I did apply for an extremely competitive Creative Writing program at an eminent university two years running. They have very, very low acceptance rate, but I figured, “Nothing ventured, nothing gained.” As it happened, I received the second rejection the same day I got my first royalty cheque from Grace, and somehow that told me that it didn’t matter. Most people enter that program so they can get a royalty cheque. I was ahead without them. I will continue to develop those skills working with amazing authors, attending conferences, reading, and being challenged by my editor and friend, Vikki.

I still want to learn though, and I want the credential, because it will open other opportunities. Today I dropped two grad school applications in the mail. Ideally, I’m going explore the Finnish education system and how it can be adapted for use in B.C. I’ll focus on some sort of curriculum development, either in the traditional class room or via distance learning. Both options offer all sorts of exciting prospects, so I’m eager to see where I’ll end up.

Should I confess that my biggest fear is that if I end up in a program that requires weekend study, that it will impact the May 2014 weekend when Diana Gabaldon will come to be presenter at the Shuswap Association of Writers’ Word on the Lake Festival of Writers and Readers? The grad school will have to do without me that weekend, as I’ve already booked it off! My kids aren’t allowed to get married that weekend either. I have my priorities.

And how should I celebrate this new adventure? Some would raise a drink with friends, or take their honey out for dinner. I’m celebrating with new Vogs, culled from the collection of the ultimate Vogger, Rebecca in Winnipeg.

Welcome to the family Fluevog Second Miracle Cascades…   (See if you can find them in the group photo of Rebecca’s shoes, in the link above!) 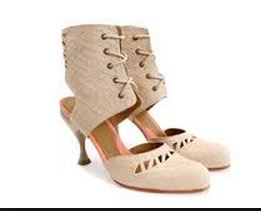 At the moment, I’m thinking about The Cat Years…

to all the dreams

sleepily from a blanket

a cocoon of possibility.

and the sweet scent of

in the folds of

with what we thought

In the May 20th blog entry, “Why I Love My Job” I told you that in grade 5 I switched my career goal from writing to teaching.  I didn’t tell you why.

In grade 3 and 4, I was a writing star.  I shared stories with my grade 3 class during show and tell, and I know I kept them on the edge of their seats with my brilliant prose.  In grade 4 I won a Mother’s Day contest with a poem I’d written.  My star was on fire.  I had nothing but confidence in my skills as a writer.

In grade 5, I shared a poem I’d written with my school librarian, Mrs. Alex Harbottle , and she suggested I send it in to a magazine.  She recommended a children’s poetry journal called Jabberwocky.  I sent off my poem.  In due course, I received a letter back from them.  Heart thudding with joyful anticipation I opened the envelope, and pulled out my first rejection letter.

Oh, it was a kind and thoughtful letter.  My poem, the editor said, was too mature for their journal.  It was a lovely poem, and I should send it on to an adult poetry magazine or a religious magazine.  They thanked me for my submission and hoped I would send them something else another time.

I was shocked.  I was 10 years old.  Why would my poem be of interest to adults or the audience of a religious magazine?   I couldn’t deal with their suggestion, and so I shut that door.

Don’t get me wrong, I was still writing poetry.  Just ask the boys who captured my interest and received beautiful hand calligraphied books dedicated to them!  I also wrote articles and a library column for the school newspaper.  That was just the end of looking for public approval until college when I discovered my fiance (who was NOT a writer) was going to enter a piece into the writing award.  I couldn’t have that!  It was only 2 or 3 hours to deadline, but I borrowed a typewriter, invented a story on the spot (typing very poorly!) and managed to win the prize.  It paid for his wedding ring.  That could have been enough  to inspire me to start sending out my words again, but it wasn’t.  I used them up on babies and students instead.  Two decades playing with the words of others at home and in a classroom.

Then I wrote a novel.  And another.

So now, after many years, I’m sending my words out for others to assess and to determine if those words can make them money and generate an audience for their company.  I’m sending off queries and talking to publishers.  The rejection letters are due.

I think I can handle it.  I did all right after 6 months of discussion with an agent led to the first rejection e-mail.  I wasn’t crushed.  I simply thought, “We’re just not the right fit.” (though I regret not letting her know I had a publisher indicate interest in the manuscript!) I was simply astonished when another query was returned with a “we have too many things on the pile at the moment, can you re-submit this later?” note.  (Note to self- possible area of career demand-literary agent).  No devastation.  No urges to commit suicide by letter opener as a result of another crushing blow.  So far so good.

I’m trying to re-frame the name.  They’re not so much ‘rejection letters’ as new opportunities to explore, right?  They’re not about me and my words, necessarily, they can be about what fits with the company and their needs.  Publishers a’re  businesses, after all.  They have to find product that matches with their vision.  It’s not personal.  It’s just business.  But those words I’ve sent out there are my babies, and I want them to be well-liked and find friends who will help them become all they can be.

I’m trying to feel brave as I send my words out.  I hope they’ll be received well.

Last year, in response to a joyful email note I’d sent upon initial interest by an agent in Grace Awakening, an old, dear friend (who was beneficiary of a few of those calligraphied poetry books once upon a time) wrote, “You’re a writer.  You’ve always been one.”  It makes me weepy whenever I consider his simple assertion of this identity for me.  One rejection letter  in my youth made me doubt that this was my calling, but I’m claiming it again.

I am returning to the childhood quest, Mrs. Harbottle, because I am a writer.