Recently, a list of books apparently newly banned in Florida is making the rounds. On the list is Diana Gabaldon’s Outlander. Asked to respond, Diana offered some eloquent words that summarized with, “Evil has a tendency to backfire, which is a fortunate thing for civilization, I think.”

I have read many books on the list. I have taught many of the books on the list to teens. Book banning is just a way to control ideas, and I feel it’s a bit like Princess Leia’s statement, “The more you tighten your grip, Tarkin, the more star systems will slip through your fingers.” Doesn’t banning books make them much more interesting?

What’s your favourite book that’s been banned? Why do you like it?

Yesterday I posted an interview with Josh Pantalleresco about his book of narrative poetry called Alice Zero.  Today, Josh shares a snippet of the book for your enjoyment.

(You are late.)
quiet
can I just sleep?
Dream my dreams
for in them I see…

(I want to punch him on the face)
Shhh
he’ll hear us
(I don’t like him looking at us.  Do you?)
I shudder

It does not!
Oh no!
I said that out loud
he is staring

I shouldn’t fight
should be quiet

meek
they’ll go easy on me

I am turned onto my stomach
hands bent behind my back

I brace myself for the liquid
dreamless sleep

I hear a voice stop them
halt! She booms
the guards stop
and salute

I gasp
I know that voice
and shudder
(Out of the frying pan. Into the Fucking fire.)

my hair is pulled

I feel the prick of a needle
and see a shade of crimson
before all goes black.

Ooooooh!  Did it give you shivers?  Here’s the link if you’d like to read more!
Alice Zero 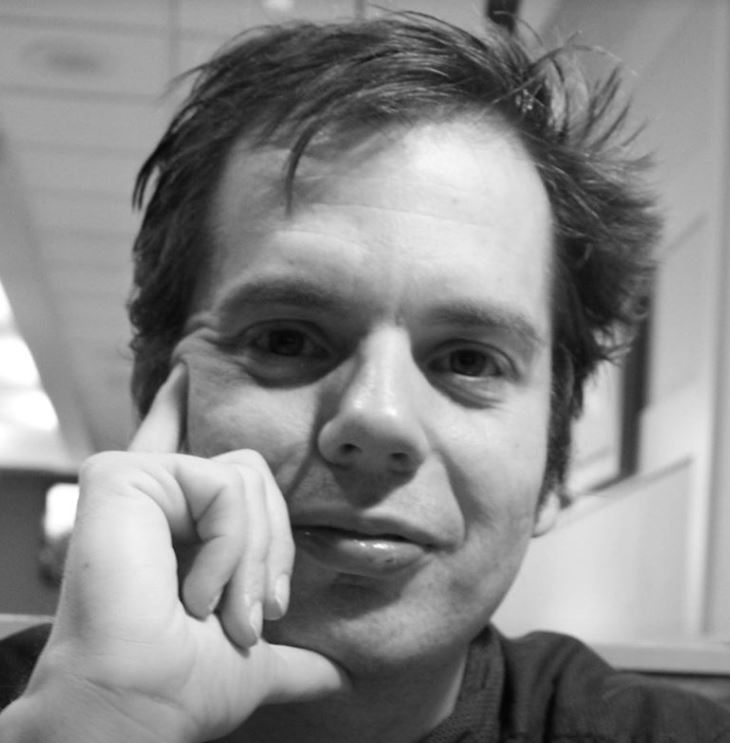 Hi Josh!  I know you mostly from your Just Joshing podcast, but I was excited to hear you’ve written a book!  What’s it called and what is it about?

Alice Zero is my second release this year. It’s an epic poem that mashes up Alice in Wonderland and Greek Mythology. Alice is Pandora and she opens the box, and her last hope has a Cheshire grin.

My first novels, the Grace Awakening books, also had poetry and Greek mythology woven through the narrative, but it’s not a common combination.  Adding Alice in Wonderland adds a surreal element!  What led you to this idea?

A hot girl in a bar. I wish I was kidding. I wasn’t. I was out and I met this striking woman, who had a gorgon tattoo on her shoulder she drew herself. I was already contacted by Colleen Anderson to do a Lewis Carroll poem of some kind, and I promised to use her. So Medusa found a cool way to come into this, and then I realized after that that Alice and Pandora aren’t that different, and suddenly I had my story.

What’s your favourite Greek myth and why?

Pandora for sure. I liked the idea of Jason and the Argonauts. As a comic book junkie, I recognize the original Justice League when I see it. But I actually dig the concept of Hades and Persephone. It’s an interesting take on death. Death as lover is not something you think of when you come to the end.

It’s whimsical and pure chaos. It can be literally anything you want it to be. It’s a Jungian experience each and every time.

You’ve interviewed some amazing people on Just Joshing over the years.  Did any of your guests inspire you in the creation your own writing project?  If so, who?

You all do. It’s amazing how much I’ve learned from each of you. For this project, Colleen Anderson and Vanessa Cardui shaped it a bit. Colleen from her request and Vanessa for her expertise. I can’t wait to pick Vanessa’s head a bit for the sequel.

What was your favourite part of your book to write?

The Cheshire Cat. He’s inside Alice in this story and always seems to say the one thing that will set her off.

Where can readers find your book?

For now, it’s going to be Amazon exclusive. Next year I hope to do something very original with the physical release. Something most books don’t do. I’ll leave it at that. I don’t make promises I can’t keep.

How Alice is rescued by a certain gorgon knight and her vorpal blade from the shadows of chaos. I think I’ll let the poem speak for itself.

Links:
Josh’s book Alice Zero on Amazon
My podcast interview with Josh as Nikolette Jones and I discuss the Nikki Knox books.

I received an ARC of this book from Netgalley.

I have read all of Carol Mason’s books, so I was delighted to have the opportunity to review this book which is scheduled for release the end of March 2019.

Carol writes “Women’s Fiction.” In other words, stories about women’s lives, beyond a basic romance story. In Shadow Between Us, she explores her deepest fear.  What if the worst thing you can imagine happened to you?  How would you cope?

Protagonist Olivia copes by abandoning husband and home in Seattle and holing up in the charming port town of Port Townsend, WA, where she meets a young veteran maimed in Afghanistan.  I was glued to the e-reader working out the clues.  What has happened?  Why has Olivia left her husband?  Will they get back together?  Why isn’t her daughter talking to her?  Will she stay in Port Townsend?

So much mystery! So much tension!

No spoilers here.  Let’s just say, I didn’t see it coming, which is always great.   It was a thoroughly enjoyable read.

I am an Amazon Affiliate, so if you buy from that link, I get a commission.

A fantastic resource for poets and book artists to make beautiful chapbooks.

I have a writer-artist friend on Pender Island who posted this book that she got for Christmas. I was so impressed that I bought a copy of my own!  With great thanks to Andrea Spalding, I’m delighted to share this book with you.

Hedi Kyle & Ulla Warchol have compiled a variety of techniques in Art of the Fold.  This is a GORGEOUS book! It will teach you how to make amazing folded art books that you can use with beautiful papers to create stunning, one of a kind, art books for your poetry and other special words.  Here’s a video of me showing some of the little practice books I made, while learning the techniques, with a peak at the book itself.

The beauty of this book is how Kyle and Warchol give you the bones of the books, but the scope of how you can apply the examples to make your own project is unlimited.  I am SO excited to buy special paper and make some lovely art books to give to special people in my world.  What a great resource for learning techniques of book folding.  I am so excited to use these with my English students!

You can buy Art of the Fold on Amazon, and you really should!

(I’m an Amazon Affiliate, so buying from the link gives me a penny or two for the recommendation).

(My dog decided to wrestle his bed all over the living room while I was recording the video , excuse his enthusiastic growls and brief appearances in the background! lol He finally abandoned it against a chair. Silly boy.)

I was recently interviewed by David from the TOO FULL TO WRITE blog.  Check it out!

“Isn’t it odd how much fatter a book gets when you’ve read it several times?” Mo had said…”As if something were left between the pages every time you read it. Feelings, thoughts, sounds, smells…and then, when you look at the book again many years later, you find yourself there, too, a slightly younger self, slightly different, as if the book had preserved you like a pressed flower…both strange and familiar.”

Just came across this in my audio book today:

“An insult is like a drink, it affects one only if accepted.”

Robert A. Heinlein in Glory Road

How true is this!

The difference between being ‘thin-skinned’ and ‘thick-skinned’ lies in if you ‘accept’ the insult or not.  If you do not, it rolls over you and you can remain jovial and calm.  If you accept an insult, it can be toxic, taking bitter root and poisoning both you and others around you as you spread the toxicity.

This brings to mind that some need more gentleness than others.

While insult may be completely unintended, those who presume a negative intent will let their ‘acceptance’ of the insult fester.  Their perception is their reality.

This is when one can either wait for the one presuming insult where none was intended or implied to either wake up or move on, or one can say “I’m sorry you felt that way, it was not the intent.”

I am prone to the former, with a shrug of shoulders.  For those of us who ignore even intentional insults (some of us have taught junior high and therefore have a lot of practice) it can be hard to feel sorry for those who are so fragile or victimized that they see insult wherever they turn.  They’re emotionally exhausting to be around.

I don’t drink either literally or figuratively.  It seems like a sound way of avoiding trouble.

I’m caught in a story

I can’t come out;

I must stay and read

Not really sorry to be

in need of story

There was no way to stay.

Whatever choice was made

was bound to be wrong,

because this song we create

requires we pay again and again

Still reading Jodi Picoult’s Mercy.   Do you write poems for the characters you read about?