heavy on my foot.

wafts down the hall.

And the day before

And the day before that.

I catch my breath,

Waiting on the table.

The dishwasher hums with cyclical rhythm

and somewhere your feet are pumping at the same cadence

and somewhere you are salty with wet, sipping Gater-aid

to get through kilometer eighty.

The kitchen dishes are washing

your pedals are turning

and I am waiting for your salty kisses.

The music echoes through her bones

Whose arms will encircle her?

Will he be the one to enfold her,

She watches and wonders,

of a book boyfriend when

with delivery of the next instalment

searching for a grey puff of breath

a fluke, sign of a whale amid the grey tipped waves.

in the blue-grey ocean

before the blue-grey horizon

under the blue-grey sky. 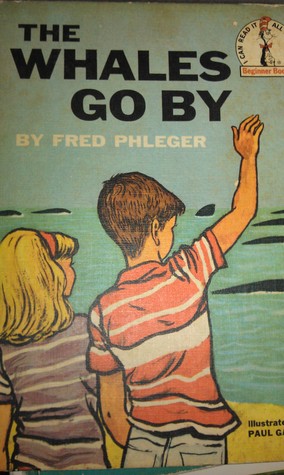 I’ve wanted to see whales since I read this book as a kid. 3rd trip to the coast during the grey whale migration, and still no sighting.

April 13, 2014.  Diana Gabaldon trivia:  Fred Phleger, author of the above book, was a professor at Scripps Institution of Oceanography from 1951 to 1977.  Diana earned her MS in Marine Biology at Scripps in 1975.

I’m starting to feel like I’m nine months pregnant.  The ninth month of pregnancy is the longest month.  You mothers out there will know what I mean.  When you get to a few weeks from your due date, people start calling you up to see if you’re still pregnant or whether you’ve got a baby in the cradle yet.   As you pass your due date (as I did every time) you get even more concerned calls.  All the affectionate interest begins to get a little wearing.  You want that baby out more than anyone else, and every well intentioned question emphasizes the delay.  You watch the days pass on the calendar and when the next person asks if you’re still baby-less, you want to scream, “I will ensure the whole planet knows once junior has arrived, please leave me alone to agonize in peace over this miserable delay!”

Welcome to my experience with publishing!  I hear I am not the only one who has discovered that those in the publishing industry have their own time vortex.  They say ‘2 weeks’ but that really means ‘2 months.’   They say  ‘soon’ when they really mean ‘later.’  I hope having named a month, they don’t mean the one NEXT year, since the one named has already passed.

I once heard of a writer who was waiting to hear back from his agent.  Being used to long delays and poor communication, he just waited patiently.  He didn’t want to be an irritating pest, after all.  Eventually he wrote, and discovered his agent had been dead for a year already!  Oh dear.

It’s a waiting game, and I’m in the longest month.  Pretty soon I’m going to have those contracts in my hands and the adventure will be undeniable.

Or maybe I’ll be sending flowers to a  funeral.